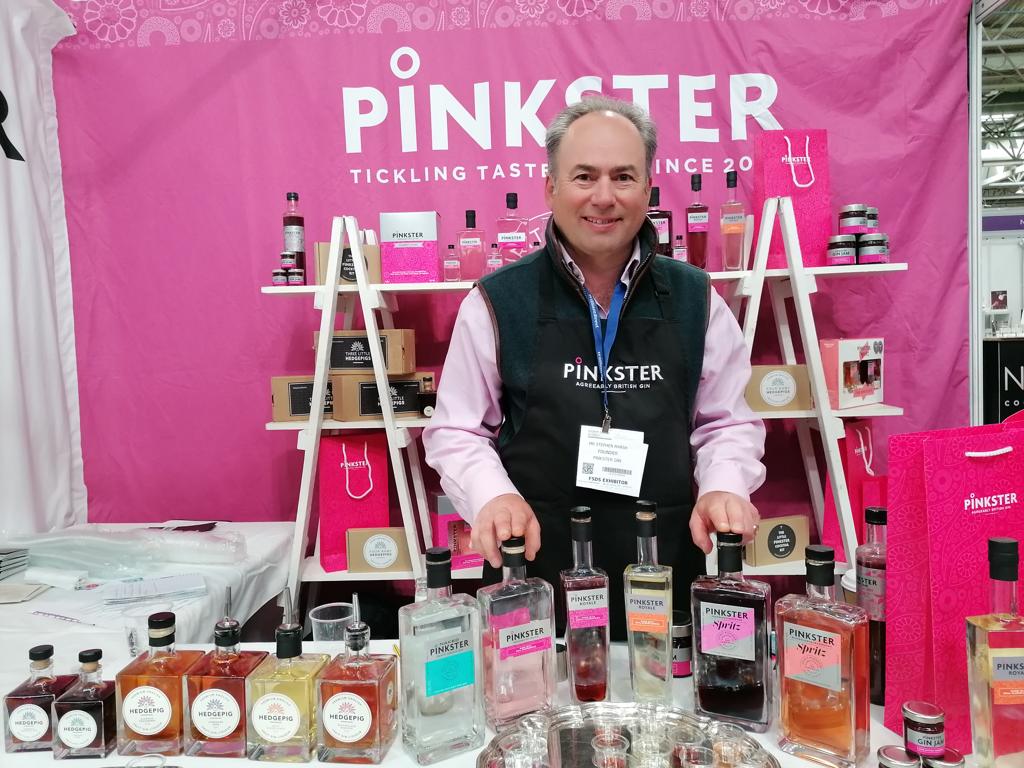 Already devotees of the original Pinkster Gin, we tried the new Pinkster Spritz products – Elderflower and Raspberry and Raspberry and Hibiscus.  With reduced alcohol and lower calories, these perfectly light and refreshing Spritz offerings are great alternatives for health conscious gatherings and bang on trend. 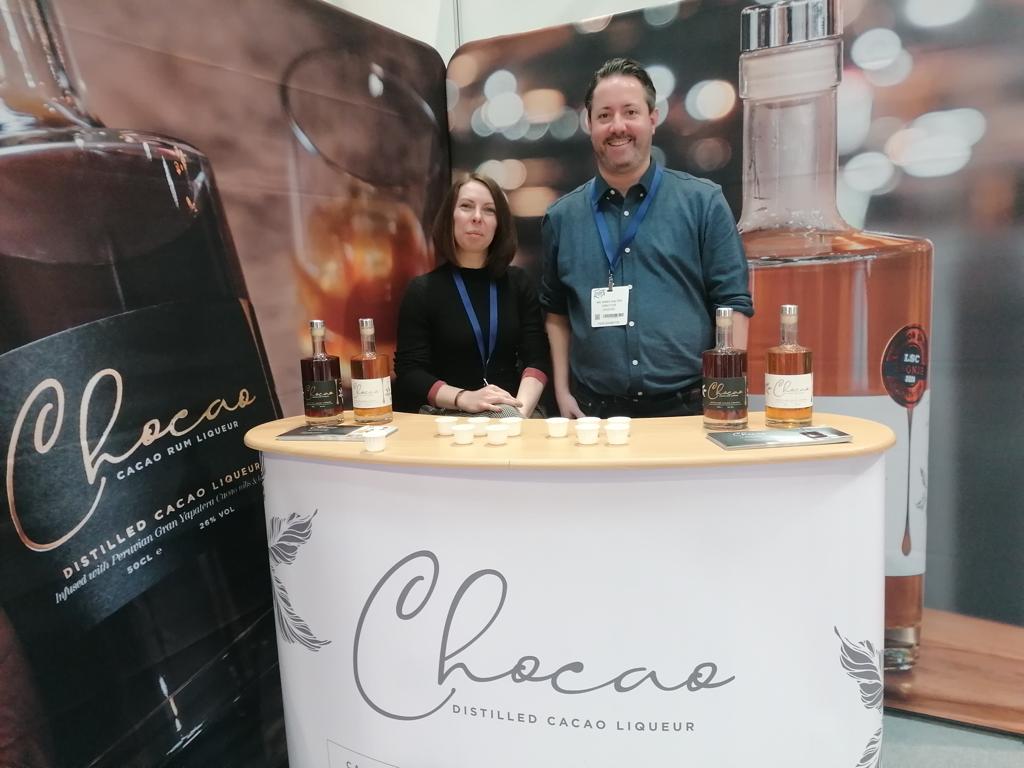 Using ethically sourced, single origin chocolate, Chocao produce two distilled cacao liqueurs, one rum based and one gin based.  We tried the bronze award winning gin based liqueur and were bowled over by the flavour – the intense Peruvian cacao really comes through from the backdrop of Italian juniper, with just a hint of the orange and jasmine as well. 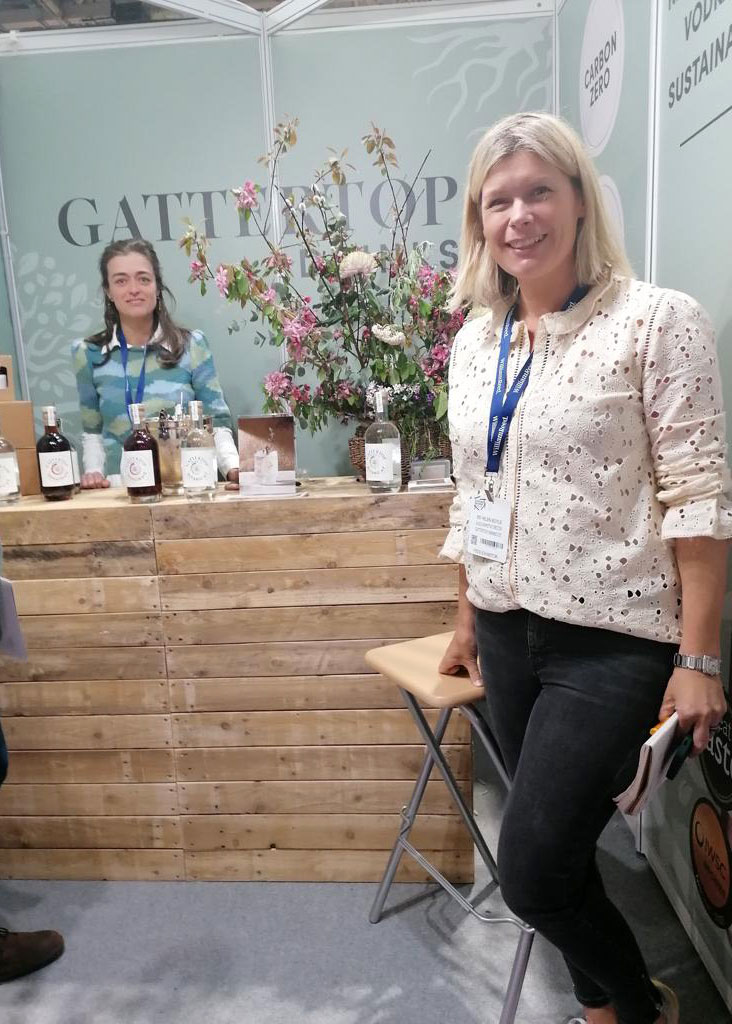 We discovered another great new artisan spirits producer from Herefordshire – already an area synonymous with top rated drinks companies.  We tried Gattertop’s Botanic No 7 Vodka –  winner of a Gold Spirit award at the 2021 IWSC awards (highest scoring vodka in England and placed 4 in the top 5 vodkas in the world).  It truly reflects its claim that the flavour profile is led by nature – it includes damson blossom, rosemary, basil, elderflower, nettle, apple blossom and lemon – all of which come through in a delightfully well balanced way. 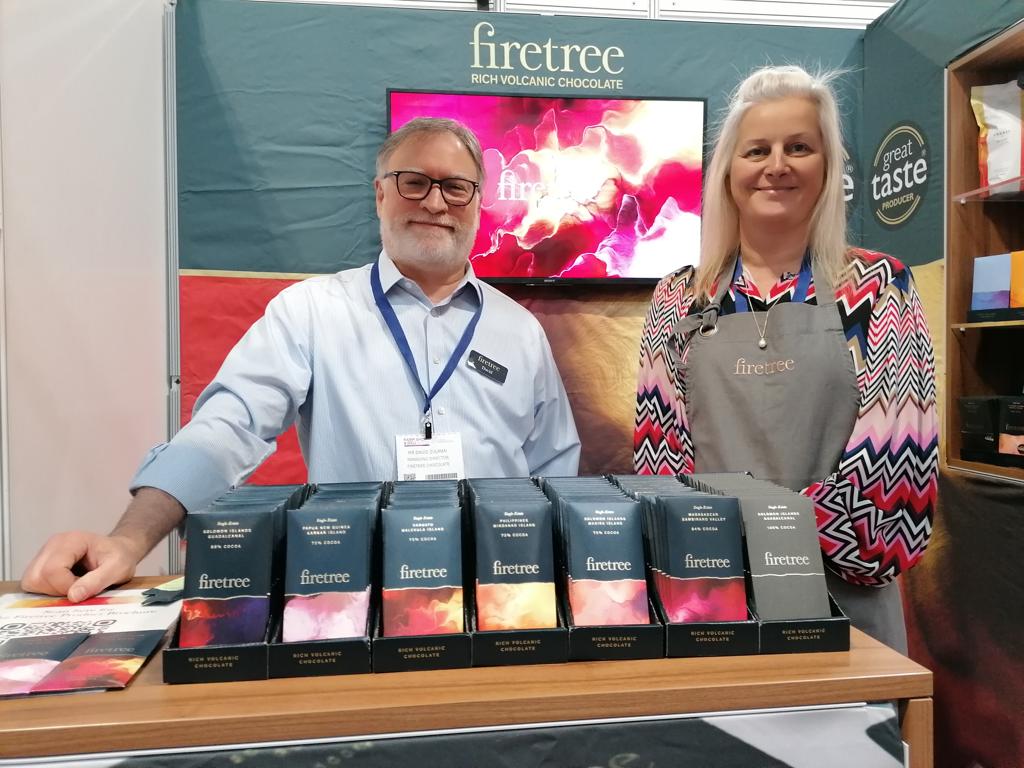 A truly different entry to the super premium chocolate market, Firetree obtains its cocoa from the single estates on the islands of the Southern Pacific and Oceania – part of what is known as the ‘Ring of Fire’ – a circle of 452 volcanoes surrounding that region.  Hence the  unique and rich volcanic chocolate collection on offer.  We were not only very impressed with the taste and quality of the products (we tried the dark chocolate walnut, truffle and wild mushroom flavoured bar), but also congratulated them on the superbly colourful banding (which looks wonderful on their gift boxes). 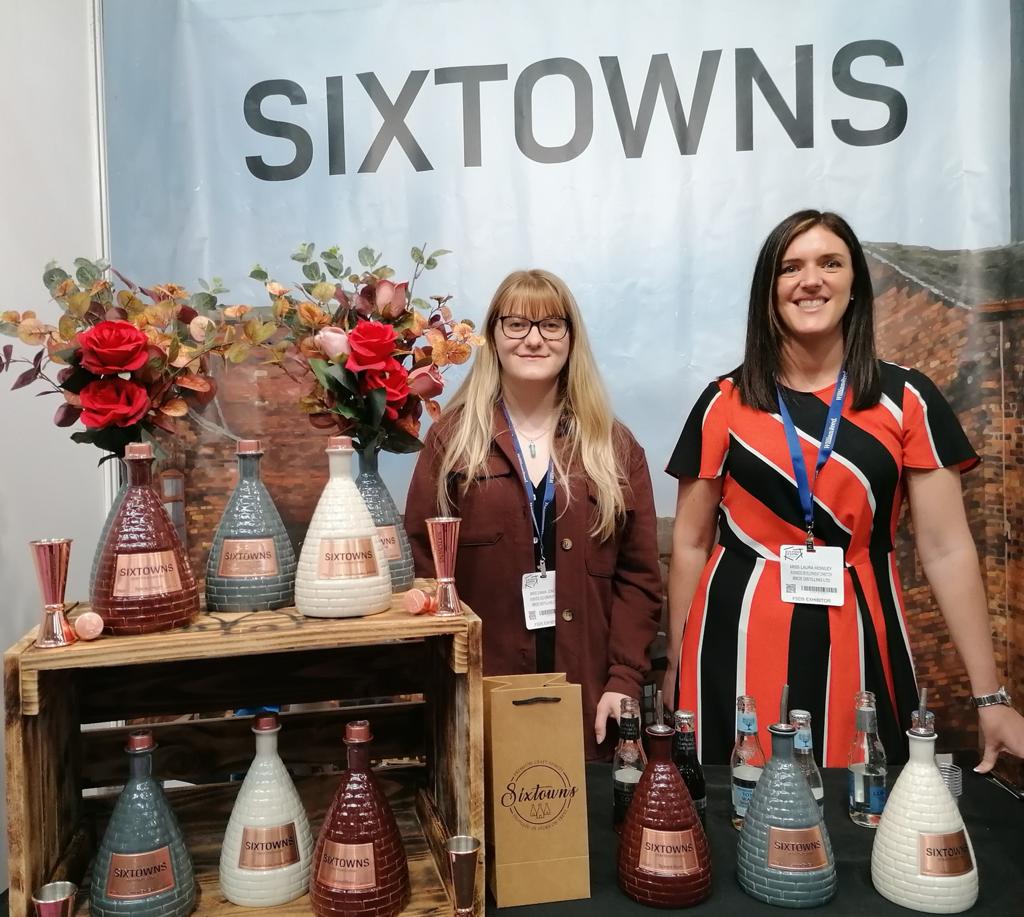 What appropriate originality!  The Sixtowns range is bottled in ceramic kilns – reflective of their base in the ‘world capital of ceramics’, Stoke on Trent and its six neighbouring towns.  We tried the Sixtowns Spiced Rum – increasingly a fashionable classic.  This has a delicious blend of mixed spices, caramel and vanilla – perfectly balanced – not too sweet or spicey. 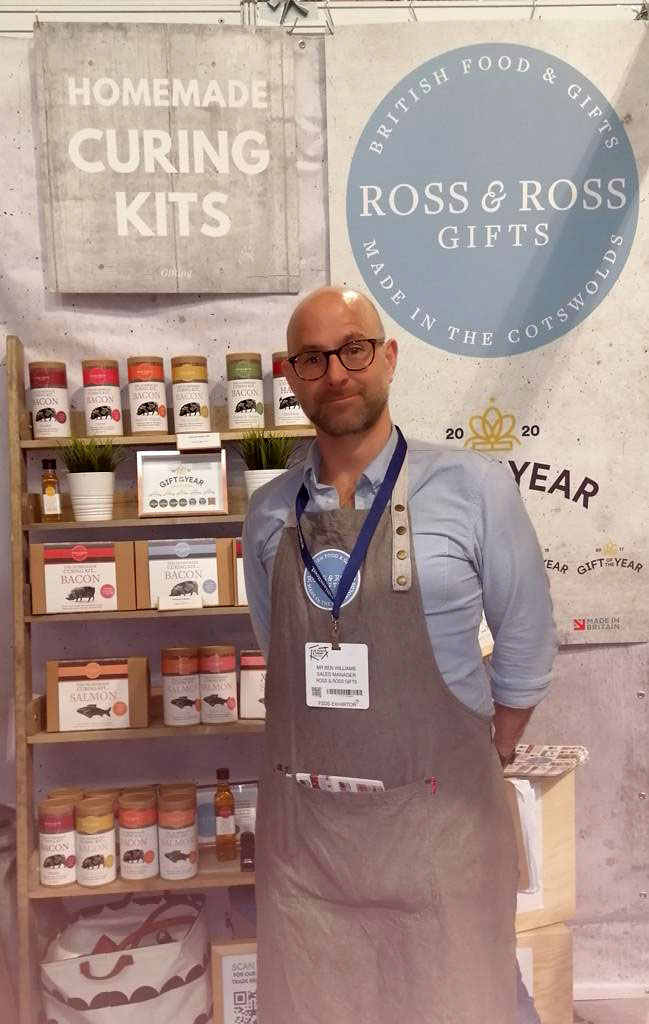 Launched in 2019, and after winning 2 stars at the Great Taste Awards in 2021, the company officially launched its range of sauces – perfect for summer barbeques in 2022.  It has expanded its product range to include the British Roast, British BBQ, Veggie and Vegan, and its most popular curing kits for bacon and salmon.  With such original food products and gifts we have no doubt consumers will increasingly visit the Ross&Ross Gifts web site when looking to satisfy their gifting needs. 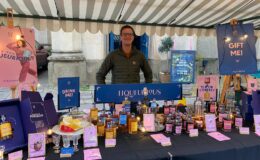 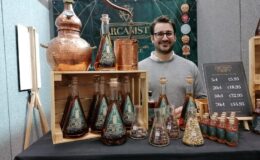 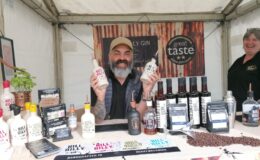 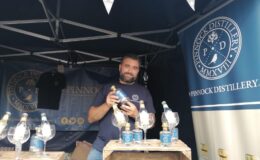 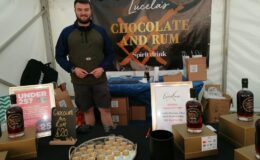